Home » About Us » Board of Directors

Our Board of Directors is made up of a group of dedicated and experienced individuals from several of the industries touching Portland Botanical Gardens. We’re still looking for more board members, so if you’re interested in becoming one, please contact our Executive Director, Kate Bodin. 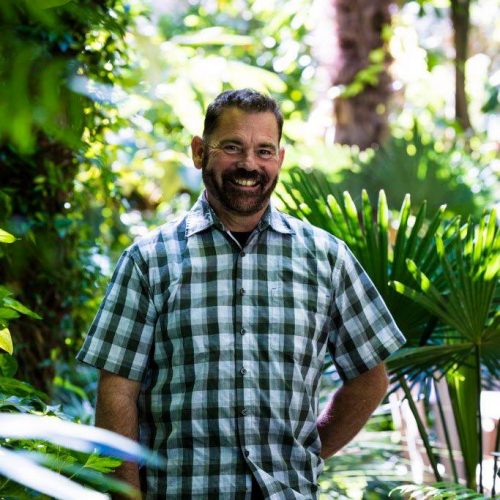 Sean’s objective is to popularize the unlimited joys of the plant world through education, outreach, example, and contagious enthusiasm. Currently, his focus has been on the introduction of new and appropriate plants to Western North America, and specifically, the popularization of under-used and unknown plants for summer-dry climates.

Sean served as the Director of Collections at the Hoyt Arboretum and a Horticulturist at the University of California Berkeley Botanical Garden strengthening existing collections, designing new collections, and drawing larger audiences to the gardens.

Sean is the owner of Cistus Design Nursery, a small firm specializing in public and private garden design, planning, public space planting design, nursery consultation, and the collection and introduction of new and appropriate plants. With over ten thousand taxa on site, Cistus furthers a nearly two-decade-long commitment to testing plant performance in the Portland area and providing interesting and unusual, climate-appropriate plants for the Pacific Northwest, the West, and beyond. Through extensive speaking and plant-collecting throughout the world, Sean continues to exchange his knowledge with diverse communities. 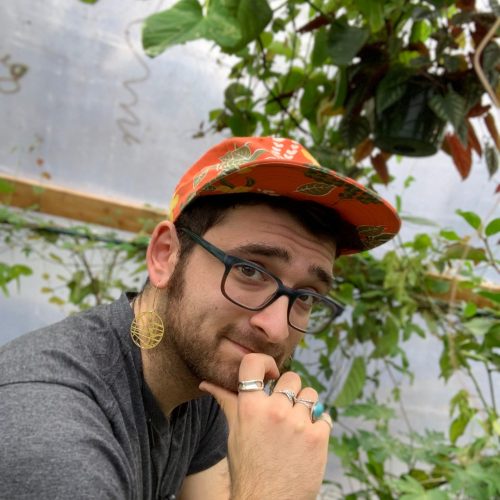 Dan fell in love with plants when they were 11 years old at a summer camp in Northern Connecticut, but it wasn’t until they moved to Portland to study English at Reed College that it became an obsession. At Reed, Dan honed their writing skills as they looked towards a future in marketing and advertising as a copywriter.

In a hand-built greenhouse in their backyard, Dan amassed one of the largest collections of Passionflowers in the United States and served as a trade hub for the vulnerable Amazonian plants. Unfortunately, two no-cause evictions crippled their collection and their ability to properly care for their rare plants. This inspired them to start the PBG project with a dream to finally build and display the US National Collection of Passiflora at a safe botanical institution.

At heart, Dan is a writer and content strategist who’s been working with words and brands for over seven years now; when it comes to creative marketing and all of its facets, they’re your person. But after two years of working for Chinook Book, they opened a different door as they merged their dream of creating Portland’s premier botanical garden with Sean’s to establish one, cohesive project. 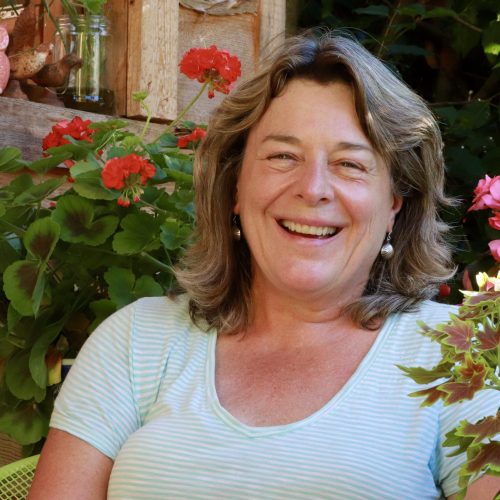 Kate is leading the effort to build our garden in partnership with the co-founders and founding staff. Not only does Kate bring years of leadership and management experience, but she also has a passion for building programs and loves working with people and plants. Before becoming a registered horticultural therapist, she spent eleven years as the academic leader at two art colleges. She currently teaches horticulture at Portland Community College. In addition to her horticultural education, Kate holds an MEd in Creative Arts and Learning, and an undergraduate degree in visual art.

Kate grew up on the coast of Massachusetts and fell in love with Portland’s temperate climate when she moved here in 2005. Kate is an avid and experienced gardener, photographer, and outdoorswoman, and she loves to travel anywhere there are plants to be studied. Most importantly, she brings her smile wherever she goes. 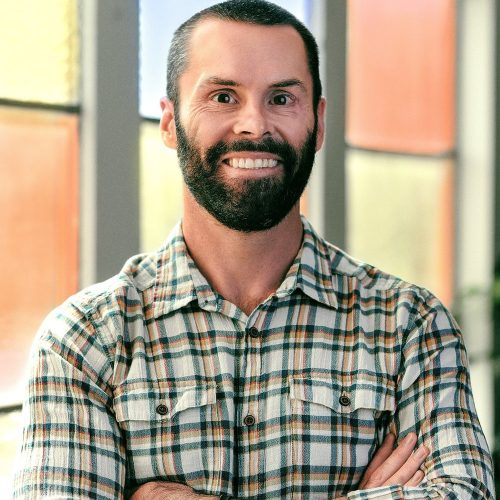 As the CEO of Community Development Partners, Eric focuses on corporate strategy and business development in addition to overseeing the Oregon team’s development work. Eric’s lifelong passion for modern design, art, and ecology helps to shape the vision for CDP communities. He also is very involved with guiding the creation and implementation of the resident services programming. Prior to founding the organization and focusing his career on mission-driven development, he worked in real estate investment and market-rate housing where he honed his development acumen.

Eric studied Economics and Accounting at the University of California, Los Angeles, and later went on to earn his certificate in Light Construction Development Management from the University of California, Irvine, as well as a California Real Estate Broker and General Contractor licenses prior to moving to Oregon. Eric has served on the Board of Directors for nonprofits such as The Ecology Center, Alberta Abbey Foundation, and Alberta Main Street. 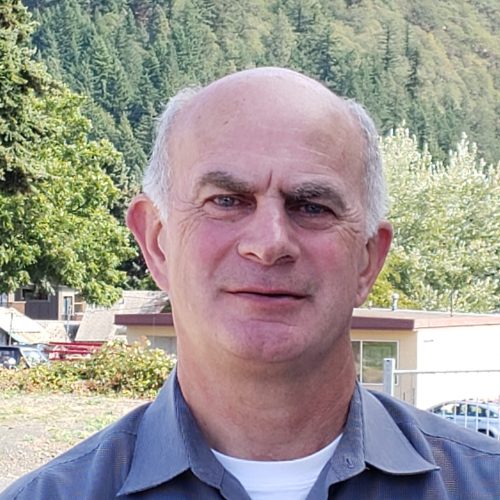 Robin has over 20 years international experience as a management executive, strategist, and change leader. He’s held various management and leadership roles with public, private, and not-for-profit organizations both within Australia and the United States.
Throughout his career he’s played a key role in strengthening the linkages between modern business practices and the natural resource, recreation, tourism, and park management sectors.

Robin has authored numerous technical papers, taught at universities and consulted on the formulation and review of management plans for local, regional, and state national parks, historic sites, and world heritage areas. He’s also played a key role in establishing an ongoing international program of benchmarking and best practices in parks and recreation management and the creation of a strategic alliance to conduct an ongoing program of research to improve the management effectiveness of parks and protected areas.

Prior to relocating to the United States in 2003, Robin was a CEO with the New South Wales Government in Australia where he successfully navigated complex political and business environments and balanced divergent economic, social, and environmental goals. This helped transform Australia’s most prestigious and intensively used parklands from a 100% reliance on tax funding to financial self-sufficiency in four years, creating a center of excellence and an internationally recognized model of urban sustainability. 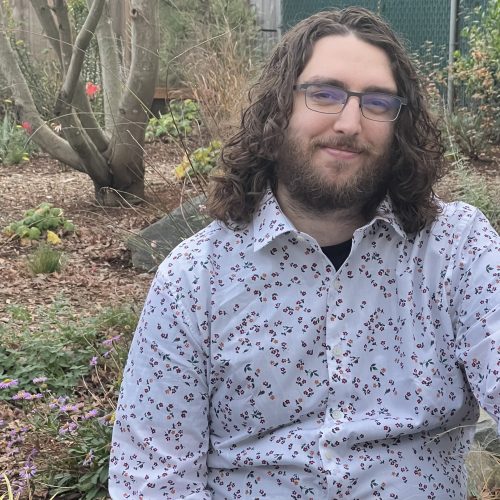 As a finance manager, Matt thrives on opportunities to help address complex business issues with solid analytics and creative problem solving. He developed a love of plant and animal life during his childhood in the Blue Mountains and is passionate about building an appreciation for nature in his community. He also cares deeply about fighting climate change and hopes that PBG can help inspire people to act and preserve threatened species, as other major botanical gardens have done.

Matt studied finance and economics at Washington State University and later obtained an MBA from the same institution. He also maintains a Financial Planning & Analysis certificate from The Association for Financial Professionals.

In his spare time, Matt enjoys being in his garden watching the bees, butterflies, and birds; paddleboarding; and dabbling in music. Though admittedly, he often has trouble making enough time for hobbies with his six affectionate cats constantly vying for his attention. 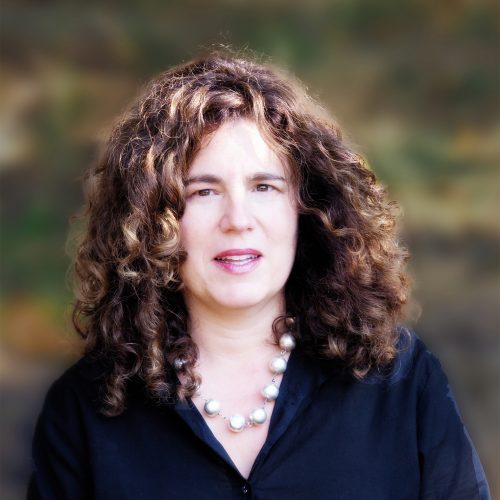 After a career in law and international relations, Zoe has returned to an early interest in plants and the natural world.

Originally from Australia, Zoe has a degree in landscape architecture and over 15 years experience in the nonprofit world. She has been a founding member of two nonprofit boards. Zoe is excited to use her skills and experience in institutional development, strategic planning, negotiation, and research to help make Portland Botanical Gardens a reality.

Zoe is also a member of the board of the Hardy Plant Society of Oregon where she chairs the Speaker Programs Committee.

No. 25 - Lachenalia viridiflora Flora of the Weste

As of this morning we’re completely SOLD OUT of

This past weekend we had our first two Portland Pl

We sell all sorts of postcards, but what if you wa

What are you doing this weekend? . Join Portland